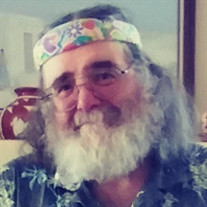 Jeffery Werner Rechel, age 68, of East China, MI passed away on February 7, 2021. He was born May 26, 1952 in Akron, OH to the late Werner “Ace” and Marguerite Rechel. Jeff graduated from Canal Fulton Northwest High School in 1970. Jeff proudly served his country in the United States Army for over 10 years. Following his time in the military, Jeff worked for Civil Service for over 30 years. Half of his time in Fort Carson, Colorado Springs, CO and the other half in Tacom, Warren, MI. On July 18, 1997 Jeff married Cori Kersey in Colorado Springs. He was a lifetime member of the VFW post 7573, New Baltimore. A member of the American Legion Post 449, Marysville. He was also a lifetime member of the DAV in Security, CO. Jeff was a history buff, he enjoyed watching movies, collecting coins and trains, and he was an avid sports fan, he especially enjoyed watching the Cleveland Browns and Indians. He is survived by his wife of 24 years, Cori; children, Anne Marie (Shawn) Potter of Commerce City, CO, Kimberly (Kenneth) Ruth of Virginia Beach, VA, Mark (Erin) Holstrom of Bossier City, LA, Brian Holstrom of Colorado Springs, CO; grandchildren, Marley and Crash Potter, Lilley, Taylor, Camryn, and Ryanne Ruth, Luke and Paul Holstrom; sister, Janet Rechel of Akron, OH, as well as many family members and friends. Cremation arrangements with Young Funeral Home, China Twp. A celebration of life will take place at a later date. Memorial contributions are suggested to Blue Water Area Humane Society. To leave a message of comfort visit www.youngcolonial.com

The family of Jeffery Werner Rechel created this Life Tributes page to make it easy to share your memories.

Send flowers to the Rechel family.