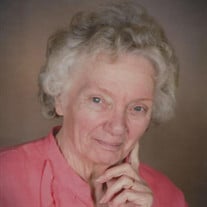 Janet Carol Turke, age 77, of Marine City, passed away peacefully at home on November 14, 2020. She was born January 3rd, 1943 to the late James Radford and Louise Sims. Janet was a graduate of Marine City High School. She married Donald Turke on May 20, 1960, who preceded her in death in 2013. Janet was a lifetime member of Holy Cross Catholic Church, Marine City as well as an active member of the Daughters of Isabella. She enjoyed camping, gardening, her time spent with family, and making polish meals, especially her perogies. Janet was a strong woman, who took pride in caring and raising her 5 sons. She is survived by her sons Donald (Debra), Steven (Lorrie), David, Michael; grandchildren, Cassandra, Tiffany, Adam, Jonathon, Alexis; great grandchildren, Tristan, Trinity; siblings, Tom and Kevin Hampe, Anne Hampe and Cheryl Zabbo, as well as many other family members and friends. She is preceded in death by her son and daughter in law, John (Rebecca) Turke; step father, Arthur Hampe; and sister, Patty Baldes A funeral mass will be Saturday, November 21, 2020 at 10:30 a.m. at Holy Cross Catholic Church, Marine City. Visitation will be from 8:30 a.m.-10:30a.m. at church prior to mass on Saturday. Interment will be at Holy Cross Cemetery, Marine City. Memorials are suggested to Holy Cross Catholic Church. To leave a message of comfort visit www.youngcolonial.com

The family of Janet Carol Turke created this Life Tributes page to make it easy to share your memories.

Send flowers to the Turke family.