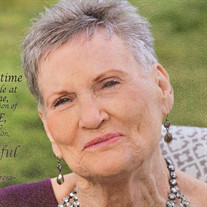 Elsie was born in Riesel Texas in 1936 to Nora Calvin (York) Brown and William Hubert Brown, a couple of meager means. Although the family did not have much money, living in an old wooden shack with no indoor plumbing, they had plenty of love. Elsie was the oldest daughter of Nora’s and William’s 12 children and many of her younger siblings looked at her as a second mother. Known for feeding and rocking the babies while her mother helped her dad run the farm, Elsie was naturally suited for children of her own. In 1954, Elsie met and married the love of her life, Cecil Wayne Lindsey Sr. He lived in the neighboring town of Waco, Texas. They quickly began their family with the birth of their first daughter Sylvia Marie (Lindsey) Ruiz in 1955, then four years later, Sheila Joann (Lindsey) West was born. Just before Sheila’s birth, a fire at Cox’s dairy farm nearly ended Cecil’s life. He was severely burned when an explosion occurred while he was working at the dairy farm. Elsie proved her strength as a wife and mother by caring for Cecil and her young girls, after Cecil’s months of hospitalization for the burns to over 70 percent of his body. Years later, as luck would have it, several of Elsie’s brothers moved to Missouri and helped Cecil get a job at Paulo Products in St. Louis. The couple moved to St. Louis and added two more children to their family. Cecil Wayne Lindsey Jr. was born in 1963 and Carol Kaye (Lindsey) Perry was born in 1968. Elsie remained a homemaker, raising her younger children, until Carol joined the Navy in 1986, leaving Elsie looking for a new purpose in life. Elsie found work at a nursing home, where she spent five years cleaning, making beds and enjoying the daily conversations with the residents. All that Elsie ever knew, was the life of a caregiver and she did it well! In 2010, after 56 years of marriage, Elsie lost her husband when he drowned while fishing at Carlyle Lake in Illinois. The family agreed that moving to Michigan to live with her youngest daughter, Carol, was in Elsie’s best interest. Elsie continued to vacation and visit Sylvia in Florida, Cecil Jr. in Missouri, and Sheila in Oklahoma. Always eager to see her grandchildren, great grandchildren, and yes…even great-great grandchildren! Elsie was always up for a road trip or a casino trip! She loved to eat, shop, watch the Food Network, and talk about the old days. Elsie was a woman of deep faith and conviction, which made her strong and carried her through life’s most difficult times. Elsie lost Cecil Jr. in 2013 to illness and without her faith, would not have survived the grief. Many people walk this Earth and never truly know why they were here or what their purpose was, but not Elsie. Elsie was a Mother, and she will be greatly missed. A memorial service will be Saturday, March 14th at 5 p.m. at Young Funeral Home China Twp. Visiting hours will be from 4:00 p.m. to 5:00 p.m. prior to the service. To leave a message of comfort visit www.youngcolonial.com

Elsie was born in Riesel Texas in 1936 to Nora Calvin (York) Brown and William Hubert Brown, a couple of meager means. Although the family did not have much money, living in an old wooden shack with no indoor plumbing, they had plenty... View Obituary & Service Information

The family of Elsie Marie Lindsey created this Life Tributes page to make it easy to share your memories.

Send flowers to the Lindsey family.