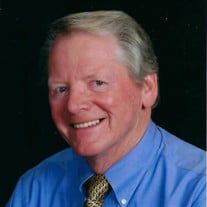 Earl “Bud” Shell, age 85, of East China, entered his Heavenly Home with his family by his side on September 19, 2021. He was born on April 10, 1936 to the late Earl and Ruby Shell. Bud married Carol Danhausen on August 9, 1957 at Our Savior Lutheran Church, Port Huron. Through hard work and precision in perfecting his career, he worked as a lead mechanic for over 40 years. Bud was a man of his faith; he was an active and devoted member of Immanuel Lutheran Church, St. Clair for 40 years. Bud was well known for his easy-going manner, willingness to help, his ever-present smile, and sense of humor. He has been the inspiration and mentor for several carvers. His love for hunting, fishing, life time in the outdoors and duck carving were his passion. He is survived by his wife of 64 years, Carol; children, John (Sherry) Shell, Marcie (William) Keusch; grandchildren, John (Desiree) Shell, Taylor (Matthew) Strunk, Joshua and Hannah Shell; great grandchildren, Norah and Aubree Shell, and Landon and Caleb Strunk; brother, Willard (Cathy) Shell He is preceded in death by his son, Brian Shell, and sister JoAnne (Don) East A funeral service will be held on Friday, September 24th at 11:00 a.m. at Immanuel Lutheran Church, St. Clair. Visitation will be from 10:00 a.m. to 11:00 a.m. prior to the service at the church on Friday. Memorial contributions are suggested to Immanuel Lutheran Church. To leave a message visit www.youngcolonial.com

The family of Earl "Bud" Shell created this Life Tributes page to make it easy to share your memories.

Send flowers to the Shell family.