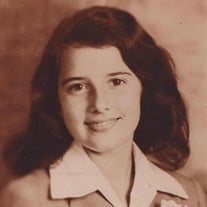 Donna Jean Cadle Chartier passed away in her home on March 22, 2021. She was born on September 21st, 1933 to Leona and Thornton Cadle in the Cumberland Mountains of Tennessee. She was given to the care of her Granny, Roxie Cadle and raised in Harrogate, Tennessee, near the banks of Indian Creek when she was five. There she was raised in a humble, hardworking home, where she was taught the values that carried her all through life. At age 15, she moved to Michigan, where she soon met Malcolm Chartier. They were married on September 8, 1951. The bride was yet 17 and Malcolm was immediately drafted into the Korean War. While Malcolm served, Donna worked two jobs, saving for their first truck, which would be the beginning of their company, Chartier Excavating. She worked the two-way radio, did the billing and manned the office at home, while raising their four children, Cherie (Bill) Whiting, Randal (Kelle), Sheila (Tom) Cowling and Todd (Heidi) on Fairhaven Farms. There, at Fairhaven Farms they raised quarter horses and excelled at showing cutting horses. Instrumental to building the cutting horse business in Michigan, they owned, Dry Doc, a champion cutting horse and were only the second facility in the state of Michigan to have artificial insemination at their breeding facility for Dry Doc. Donna brought with her from the south, the true gift of hospitality. She cooked beautiful meals and there was always an extra place at the table for anyone who happened by at mealtime. She remains famous for her banana cream pudding and “hillbilly breakfasts”. She was a woman of many gifts, excelling in softball, basketball, tennis, golf and skeet shooting. At one time she owned Sheba High Fashion Boutique on Longboat Key, Florida and spent the last years of her career as a Director in the Mary Kay Cosmetics Organization. Her charm, natural beauty and love for people were always the keys to her success. Most importantly, Donna Jean had a love for her family. She is survived by her children and their mates listed above, 9 grandchildren and 7 great grandchildren as well as much loved cousins, nieces and nephews. Her last wishes were that her family know that she loved them all and that she wanted to be reunited with them all in Heaven at the Second Coming of Jesus Christ. She became a member of the Seventh-Day Adventist Church when she was 21, after witnessing the sweet spirit of Lillian Chartier, her Mother-in-Law, while living with them, awaiting the return of Malcolm from the service. She had a huge heart for her church and for Christian education. Because of that love, in lieu of flowers, her family requests that contributions be made to: Grand Rapids Adventist Academy (www.GRAA.com) in her honor, for the worthy student fund. A memorial service in her honor will be announced at a later date. Arrangements by Young Funeral Home, China Twp. To leave a message of comfort visit www.youngcolonial.com

Donna Jean Cadle Chartier passed away in her home on March 22, 2021. She was born on September 21st, 1933 to Leona and Thornton Cadle in the Cumberland Mountains of Tennessee. She was given to the care of her Granny, Roxie Cadle and raised... View Obituary & Service Information

The family of Donna Jean Cadle Chartier created this Life Tributes page to make it easy to share your memories.

Donna Jean Cadle Chartier passed away in her home on March 22,...